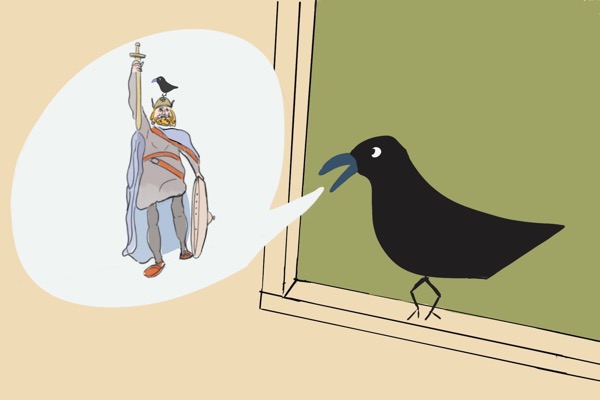 Birdy’s History - description and summary of the book. , listen for free online at the digital library site Audiobook-mp3.com

The second in our new series about a boy who befriends a talking crow who has lived for a very long time indeed. Catch up with the first part of Birdy here.

Read by Richard Scott
Written and Illustrated by Bertie
Produced by Jana Elizabeth
Hello, this Richard, and I’m here with the second in our series about a boy and a bird. Fittingly enough, it’s called Birdy. In this part we learn more about Birdy, and a little history too.

When Mum had left the room, Jake asked Birdy if he would like some banana. Birdy said, “Yes please,” and Jake picked a slice out of his yoghurt and let him take it with his beak from his fingers.

Jake ate a few spoonfuls of yoghurt and thought about all that Birdy had told him. Eventually he asked, “How come you’re so old?”

“When you’ve lived as long as I have, you get old,” said Birdy. “But I don’t feel old. I feel just like I did when I was a young fledgling.”

“When was that?” asked Jake.

“Oh, back in the time of King Alfred,” said the crow. You’ve heard of him, right?”

“Was he the one who had lots of wives?”

“No, Alfred was the one who burned the cakes.”

“Oh yes, I know, he fought the Vikings.”

“That’s right. I’m glad they still teach a bit of history. I helped Alfred when he dropped his ring in the marshes. I found it, gave it back to him and as a reward, he told his magician to make me live for ever. He could do that for birds, you know, but not for other beings like humans.”

“Yes, I’ve had lots of fun. I knew lots of kings, including Henry the VIII who was the one with the wives. He often stayed down the road from here in Hampton Court Palace.”

“Did his wives live there too?”

“Some of them still haunt it. By the way, the house you live in is very old. All the land over there used to belong to the palace, and your garden wall was the boundary. This house belonged to the gatekeeper.”

“I didn’t care much for him,” said the crow with a shake of his head. “Once he fired an arrow at me! He thought crows were unlucky, when the exact opposite is true.”

“What happened to the arrow?” asked Jake.

“Well it bounced off me, and got all bent, because of the spell that Alfred’s magician put on me. It used up one of my lives though, which was a pity, and the gatekeeper went running off to the palace saying that a witch had taken over a crow’s body.”

“What did they say?”

“They told him off good and proper. “Don't you know that’s one of the king’s crows” they said. “He’s protected by Royal Warrant same as the deer in the park.”

“Well see, now you’ve learned something that you can tell your dad.”

And that evening, Jake did tell his dad what he had heard. When Dad asked where he had learned about the history of the house, Jake explained about the ancient crow and how he had related it all.

“Don’t you believe me?” asked Jake, a little disappointed.

“Oh of course I believe you,” said Dad. “You wouldn’t imagine something like that, would you?”

“Birdy, I think,” said Jake. “Or at least that’s what Mum called him. I think she knows him.”

Dad scratched his chin, “Hey Miranda,” he said, “you haven’t told me about the talking crow.”

“The talking what?” said Mum.

“Oh yes, Jake’s little game. I was going to tell you but I haven’t got round to it. He seems to have made friends with a bird from the garden.”

And Jake was not quite sure if Dad believed him or not about Birdy being able to talk.

And that was Birdy’s History - the second in our new series about Birdy. It was written for Storynory.com by Bertie and read by me, Richard Scott. 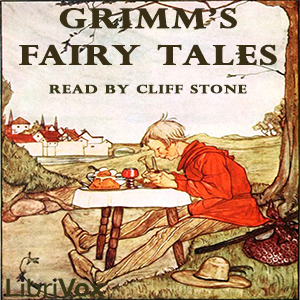 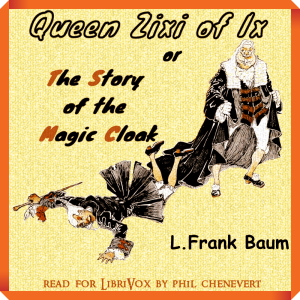 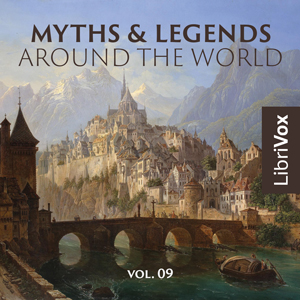 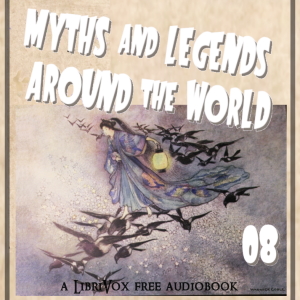 Reviews of listeners about the book Birdy’s History, Read the comments and opinions of people about the product.